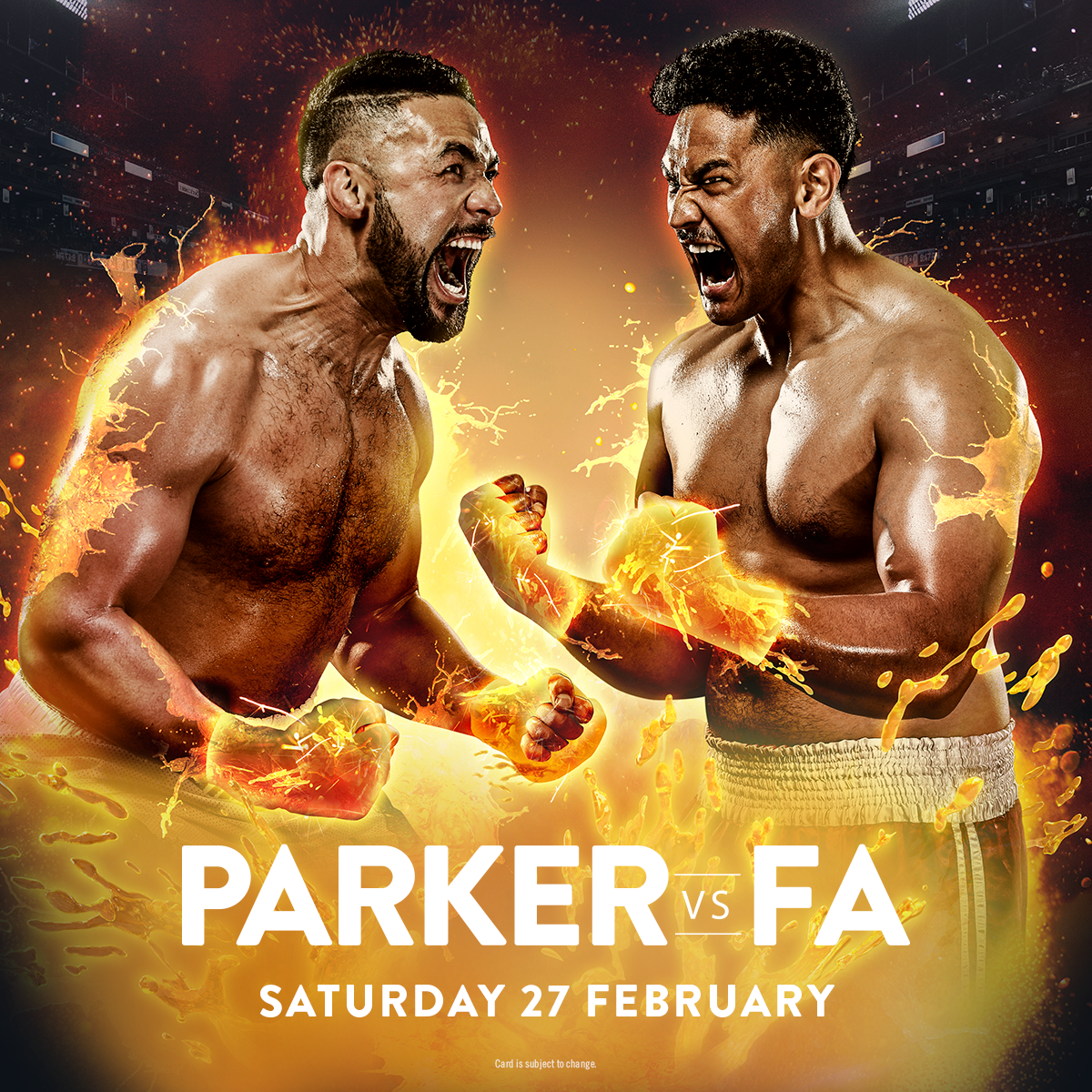 The biggest heavyweight boxing event in New Zealand history, is ON.

Joseph Parker and Junior Fa aren’t strangers, having already faced each other four times in the amateur division, with two wins each and both holding the title of New Zealand amateur champions respectively.

With both fighters currently in their prime, this is set to be a battle of epic proportions, which will see the winner propelled to a World Title Fight within the next 12 months, whilst the loser will go to the bottom of the pile.

Join us for this history making moment, where we showcase New Zealand to the world by celebrating sport, rivalry, cultural diversity and success – watch it live!​​